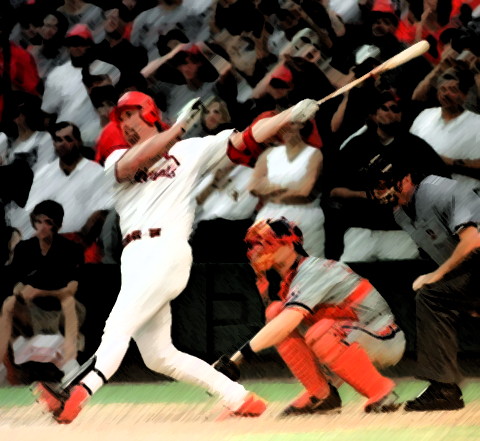 We now move to the NL Central… the home of the NL MVP’s Brewers, the never-ending drama’s Cubs, the defensively challenged Cardinals, the “we’re not rebuilding, but we are” Pirates… and the Reds.

Their bullpen was a mess last year and it seems to be their only focus right now.  Kimbrel is the most accomplished and arguably the best arm on the market and figures to have multiple serious suitors.

Donaldson has been connected to the Cardinals since last offseason and maybe this is the time when it actually comes to fruition… only problem is this year, it is his choice where to go and they actually have to compete with other teams

The only way the Cardinals add a starting pitcher this year is if they represent a very clear upgrade to their internal options.  Patrick Corbin is the only free agent that fits this profile in my opinion.  However, they have to battle 10-15 other teams that will show some degree of interest.

Miller isn’t going to command the same contract one would’ve expected heading into the 2018 season, but could prove to be a bargain if he regains his form/health in 2019.

The consolation prize if they miss out on Donaldson.  Solid defensively and his LH bat could help offset a heavily righty lineup.

This is a unique trade idea… two expiring contracts for the #8 prospect in all of baseball.  The Astros get a power hitting outfielder and a SP to replace Keuchel.  This allows them to potentially trot out a Verlander+Cole+Wacha rotation in the playoffs and an OF of Ozuna/Springer/Reddick.  As bad as losing Whitley would hurt them, they’d likely snag two comp picks for Wacha and Ozuna the following draft.  They are in the middle of their “window” and it’s a fair price to pay if it helps bring another trophy to Houston.  As for St. Louis, they add a ace-potential pitcher to their rotation to pair with Carlos Martinez, Mike Milokas, Alex Reyes, Luke Weaver, and Jack Flaherty.

As mentioned in previous articles, the Phillies have to (and will) trade Carlos Santana.  With so many options available on the free agent market, no one is going to take on his contract without sending some shit back.  The Cardinals represent a viable trading partner as Fowler is owed $49.5M over the next three years.  Santana is owed ~$41.5M over the next two.  Fowler would be a solid option to fill an outfield vacancy in PHI and the addition of Santana would allow the Cardinals to move Carpenter to 2B or 3B.

For some reason, Jose Martinez stands out as a Rays-type player.  A straightforward swap for a RP piece that is superfluous in Tampa.

The Indians will want a haul in any trade involving Kluber… and this would constitute a haul.  They get a replacement SP in Alex Reyes, a power hitting outfielder to replace Michael Brantley in Tyler O’Neill, and a C to potentially replace Yan Gomes if he is moved as well.  The Cardinals get the ace they’ve been coveting for years after missing out on Sale, Price, etc.  With Yadi under contract for 2 more years, Kelly continues to be blocked in STL and becomes expendable.