I look into MLB’s perennial mediocre team… the Pittsburgh Pirates. Their offseason will be boring with little money to spend and I don’t think they have the balls to trade any more talent away this year. After offending their fan base last year by moving Cole and Cutch, look for them to fly under the radar in 2018-2019. 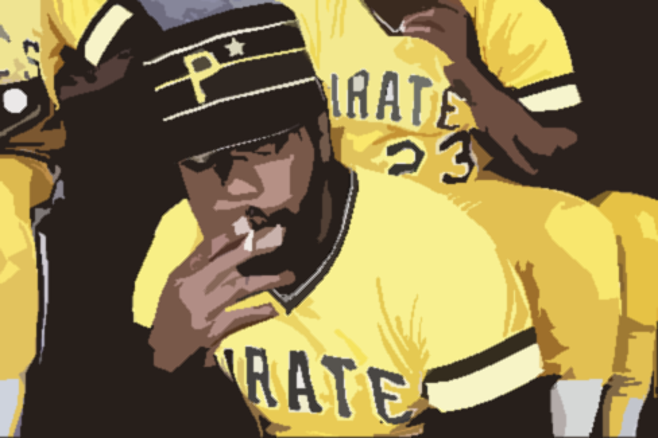 We now move to the NL Central… the home of the NL MVP’s Brewers, the never-ending drama’s Cubs, the defensively challenged Cardinals, the “we’re not rebuilding, but we are” Pirates… and the Reds.

Pirates need a shortstop with Mercer being a free agent… but they don’t have money to spend.  Iglesias is a good defensive SS with very little to offer offensively.  Also an option: Adeiny Hechavarria or Alcides Escobar

With Ray Searage as the pitching coach, you can take one man’s shit and turn him into your treasure.  Matt Moore is the shit in this analogy.

Able to C and play 1B, Mesoraco’s versatility would play well in PIT.  It could allow Bell to play RF some days to get Polanco/Marte/Dickerson some rest and provide some pop off the bench when he’s not playing.

With no one necessarily having a “lock” on 2B or 3B, Forsythe could help battle for both or form a platoon at the very least.

The Pirates don’t really have a LHRP outside of Vazquez… Diekman is a good fit here.

The Angels need pitching and the Pirates don’t need a #4/5 SP making $9.1M with their budget.  Bedrosian has 3 years of team control remaining but could be a decent set-up piece for the Bucs.

The Yankees are seemingly tired of Bird and his injuries and could get a big bat that would play up in NY.  Bell hit 26 homers in 2017… not unreasonable to expect 30/year in New York.

I am a firm believer in not needing a closer, unless you’re competing for a World Series.  The Pirates aren’t going to playoffs in 2019, barring a disaster in STL, MIL, and CHC… so trade your closer for the biggest return.  Although inter-division, the Cards make a lot of sense.  A blocked C in Carson Kelly would be ideal to replace Cervelli when his contract expires after the season and Dakota Hudson would be great to slide into the rotation at any point.  The Cards get a closer (or they could use him as a “fireman”) that is very reasonably priced for the next 3 seasons plus 2 more via club options.

The Pirates could decide to just blow it up with the teams ahead of them in the NL Central not going anywhere for a couple years at least.  This would be reversing on the Archer trade just 6 months ago and stacking their farm system with talent and arms that can develop better outside of the Twins organization… where arms go to die.  The Twins would get a good, not great, pitcher to lead their staff for the next 3 years and a RF with tremendous upside for 5 years.  Both would come with very reasonable contracts and give the Twins some cost certainty moving forward.