A look into the potentially interesting offseason that will be the San Diego Padres. Could they surprise teams in 2019? 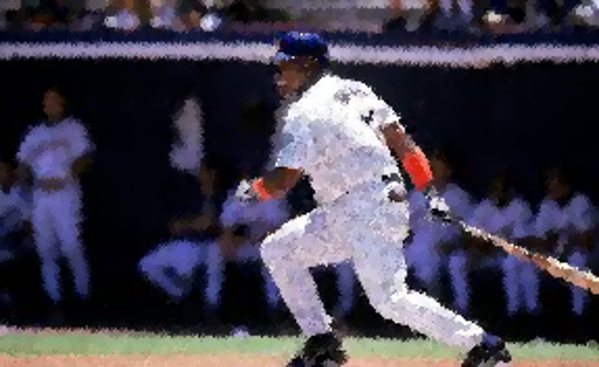 On to the NL West, where the Dodgers will try to continue their tradition of losing in the playoffs, the Rockies start the farewell tour for Arenado, the Diamondbacks say goodbye to relevancy, the Giants start strapping dynamite to the walls to begin a rebuild, and the Padres ironically look to be competitive in 2019.

A potential dark horse for Machado, the Padres have money and a young core coming up thru the farm system.  If they move Wil Myers contract, they could really put together a competitive team with a possibility of making the playoffs in 2020.  Machado would likely have to be kosher with sliding over to 3B when Tatis is ready though.

Similar to Machado, the Padres could elect to use some funds on a frontline starter if they are unable to acquire one via trade.  Keuchel seems the likeliest of the free agents and his repertoire would match well in Petco Park with their young nucleus.

A Cali native, Britton would be solid to fortify the back-end of their bullpen.  While Kirby Yates was effective in 2018, I wouldn’t feel safe going into 2019 with him as the closer.  Britton will be somewhat expensive but won’t break the bank or require the number of years that others in the “mid-tier” will command due to his injury-shortened 2018.

I was going to include Garrett Richards in here (like I have with many teams), but he signed with the Padres yesterday as I was writing this article.  Regardless, he wouldn’t help their 2019 team.  Lance Lynn seems like the low-cost flier the Padres like to take a chance on every year.  It would be one year, and he wouldn’t block anyone.

With Tatis ending 2018 in AA, the Padres at the very least will need a bridge to start 2019 at SS.  Jose Iglesias is a good defensive player and won’t cost much or block Tatis in any way.

Wil Myers has 4 years and $74M remaining vs Choo’s 2 years and $42M remaining.  The Rangers don’t have a good option at 1B and Choo isn’t in their long-term plans anyway.  The Rangers get a very capable starting 1B and a lotto ticket to unload Choo’s salary and four years of team control over their closer.

Four years of team control over Margot and a one-year replacement in Richard would be a good return for the Jays.  Sanchez has shown promise in his young career but with two years remaining under control and his injury history, the Jays would be wise to move on as they aren’t expected to be competitive by 2020 anyway.

The Tigers are rebuilding and Castellanos is entering the last year of team control, while McCann has two years left.  Gaining a controllable bat (albeit unsuccessful so far) and an intriguing SP prospect would be a good return for a Tigers team that lacks minor league depth.

This one is tricky as Hosmer has a NTC thru 2020, but maybe he wants a change of scenery?  Due $119M over the next 7 years (average of $17M/year), he isn’t outlandishly expensive, but the Padres already have another player in Wil Myers best suited for 1B and they play in a league with no DH.  The Mets have plenty of OF options already and Cespedes is owed $59M over the next two seasons (and will miss some time with his chronic foot/heel issues in 2019).  While the Mets have top prospect Peter Alonso waiting in the wings, they are clearly trying to win now and could use him in as a trade piece to fill another hole.