Green Bay finally decided to move on from Mike McCarthy and Browns fans should be very nervous! 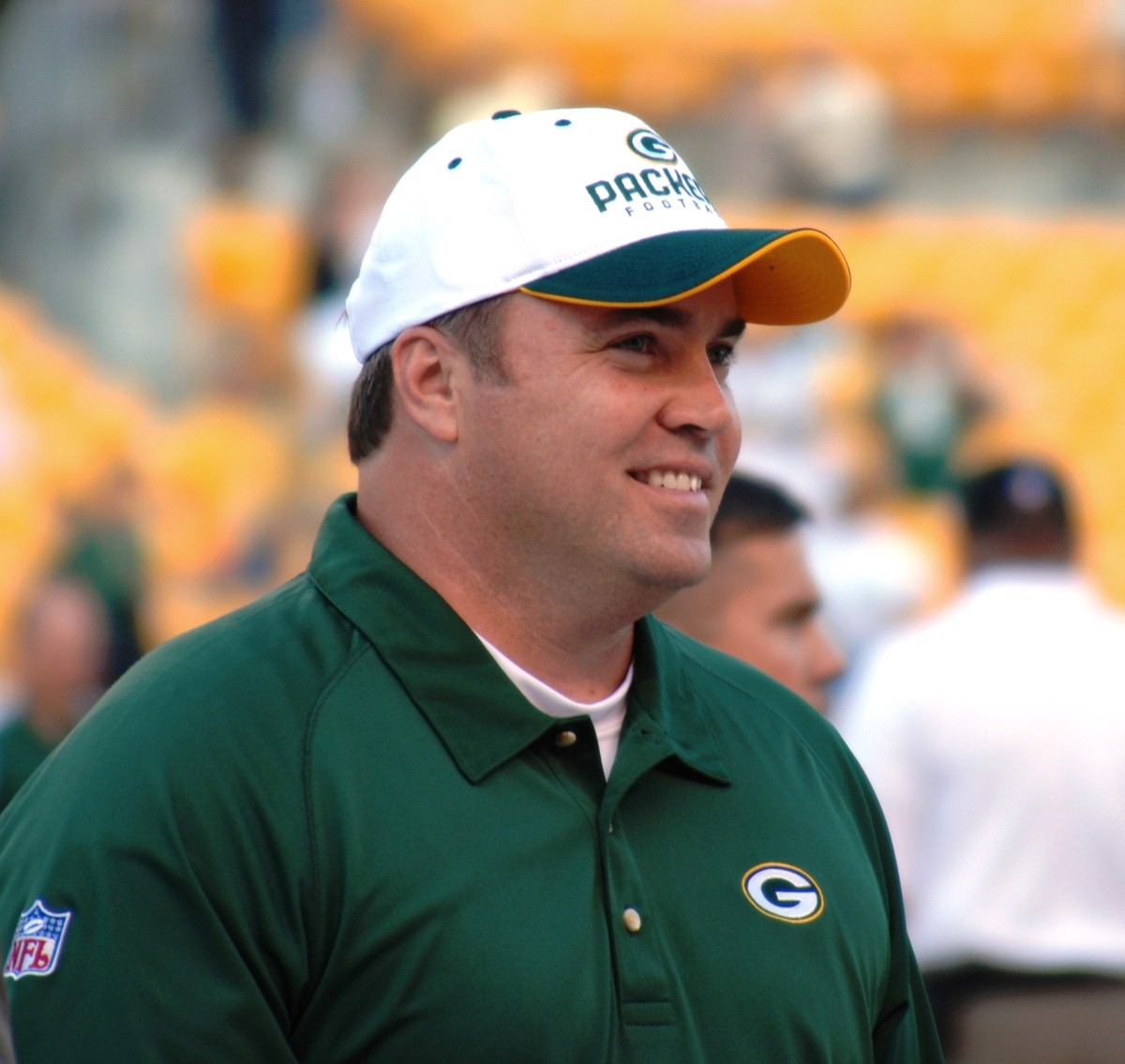 Welcome back to Tuesday Morning Tilt here at The Combine! There’s no new Dwight Howard developments, so I guess we’ll have to make due with what we’ve got. As we head into Week 14 of the NFL season, some coaches seats are getting hot and one cat that was long overdue got stone-cold ejected after a brutal loss. No point in beating around the bush…away we go!

Congratulations Packers fans, you are minus one huge asshole on the Frozen Tundra this week! I lost my cool about Mike McCarthy in this column a few weeks ago and now here we are. After losing to the Arizona Cardinals at Lambeau Fucking Field, Green Bay decided enough was enough and sent McCarthy packing. The fans have known this guy was an idiot for years and management finally woke up after losing at home to the Josh Rosen-led juggernaut that is the Cardinals offense.

I don’t give a damn what coach Green Bay hires, they will win 10 games next year if Rodgers is healthy. Ok…maybe not with Jeff Fisher, but any other coach they could possibly hire wins 10 games. Ok…maybe not John Fox, he fucking sucks too. Ok…any coach other than Jeff Fisher or John Fox will auto-win 10 games with Green Bay next year. Since Fisher and Fox probably won’t get the job (although more idiotic things have happened in the NFL), let’s take a look at the five guys that would be the most awesome choices:

#1. Jon Gruden: How amazing would it be for Gruden to just totally troll the Raiders in this spot? Oakland gave him a 10-year, $100 million contract with almost total control of the organization less than a year ago and Gruden has spent his every waking hour since taking the job blowing up the Raiders roster by trading every decent player Oakland had. He has put once-promising QB Derek Carr through psychological torture that would break the most hardened CIA operative and has been in full-blown tank mode since Week 4. What if he left Oakland with this huge dumpster fire that he created, in order to go coach Aaron Rodgers in his old Green Bay stomping grounds? Raiders owner Mark Davis might commit suicide if this happened.

#2. Kliff Kingbury: The recently fired Texas Tech coach is an offensive genius. He’s also perhaps the best looking football coach in history. I need this to happen just to see how many chicks Kingsbury and Rodgers could nail in the great state of Wisconsin. These two bros would be snapping necks and cashing checks in the NFC North, until Kingsbury gets caught banging Danica Patrick and the whole operation goes off the rails.

#3. Bruce Arians: I always mention Bruce Arians for every head coaching job, just because I think he’s an awesome dude.

#4. Jim Harbaugh: This is the only potential candidate on this list that could legitimately get the job. Things haven’t worked out for the Michigan man at his alma matter and Harbaugh might be better suited to the NFL game. It seems like an eternity ago, but he did take the lowly Niners to three conference championship games in four years. Would there ever be a better opportunity to come back to the NFL than the Green Bay Packers with Rodgers at QB? I would love to see what kind of crazy shit this milk-drinking bastard would come up with in the cheese capital of the world.

#5. Matt Nagy: What better way to give the ultimate middle finger to your oldest rival than to steal the best coach they’ve had in decades? The Bears are a storied franchise that has had some terrible head coaches over the last several years. I think it was pretty much universally agreed upon by Bears fans that even though Lovie Smith took them to a Super Bowl, he still sucked. The guy that was coaching in the CFL before getting the job? John Fox? Give me a break! It seems like Chicago has finally found a keeper in first-year coach Matt Nagy, who has made great strides with the Bears QB of the future Mitch Trubisky. The Packers could rip the heart out of an entire city by luring Nagy to Lambeau.

I’m not sure who will end up coaching the Green Bay Packers next year, but it sure as hell won’t be Mike McCarthy…and for that Packer fans can be thankful this holiday season. Unfortunately, Cleveland Browns fans should start getting really, really, nervous. I’m afraid that if McCarthy comes to town, you will have years of Baker Mayfield being completely wasted. Here’s my advice to the Browns organization: DON’T HIRE THIS FUCKING IDIOT! There you go Cleveland, I tried to help. In my opinion, the perfect job for McCarthy would be the L.A. Chargers. The Chargers are so used to underachieving with a great quarterback that McCarthy could get in a nice five or six years on the job before anybody even noticed that he was there.