How Jerry Jones and defense won the week! 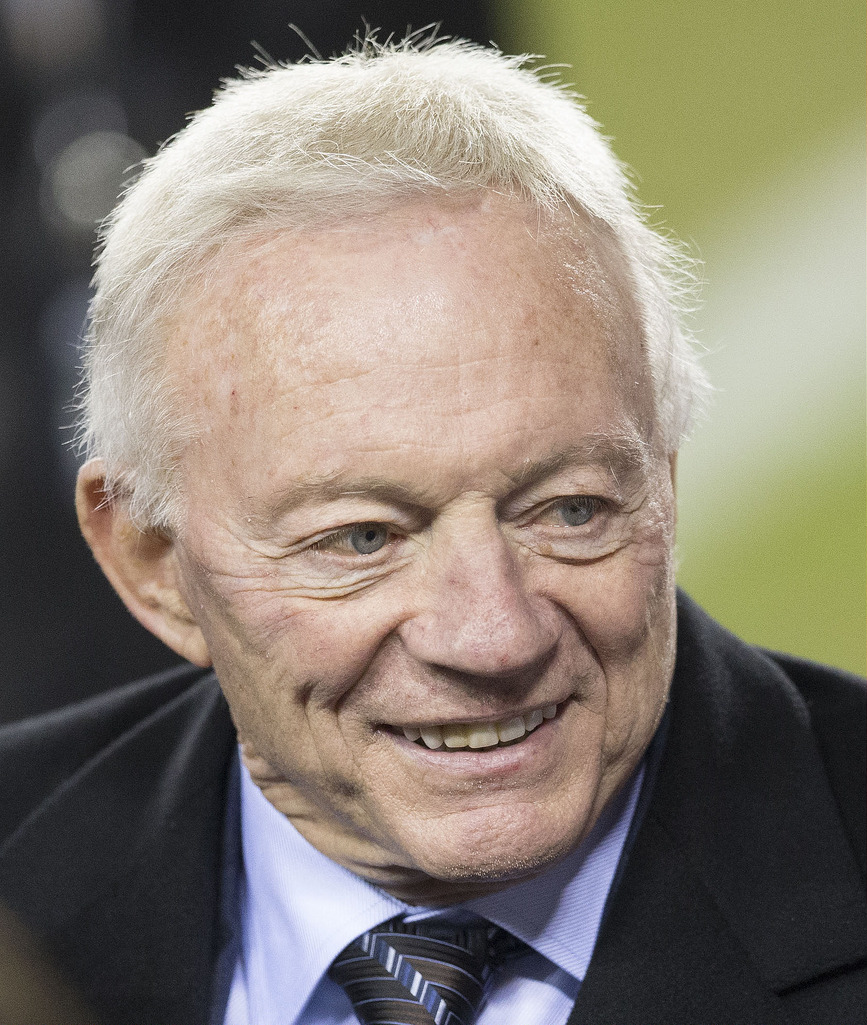 What’s up guys? Welcome to the Week 15 edition of Tuesday Morning Tilt, where we catch up on things from the week behind us. Some interesting things happened in the NFL over the weekend, let’s dive in!

You Were Right Jerry

Never doubt a billionaire with a plan. We all pointed and laughed at Jerry Jones when he gave up a first-round pick in the Amari Cooper trade, but ol’ Jerry is the one laughing now. Cooper is straight-out balling for the Cowboys. His latest single-handed beatdown of the Eagles was just another example of what a game-changer he has been. After starting out an ugly 3-4 before the Cooper trade, the ‘Boys are now 5-1 with the former Raider in the lineup.

There is bad news and good news if you are a Cowboys fan. The bad news is that Jason Garrett now has at least 20 more years of job security, which might not sound bad at the moment, but trust me…it is. The good news is that this will hopefully embolden Jerry to  do some more crazy shit! I guarantee you Jerry is talking some shit in the Cowboys offices right this moment and I bet he’s probably trying to sign Kareem Hunt as I type this. I don’t know the ins and outs of the Cowboys organization, but I do know that Jerry Jones does not give a fuck to pull the trigger on any player he thinks will help his team win.

Writers and TV personalities have been talking about how defense is dead in the NFL for years, so it’s nothing new. But this year it has started to look like they might actually be right this time. Then came Week 14. We saw some fight out of a couple of the league’s old-school defenses this weekend, as Chicago defeated the high-octane Rams, Baltimore took the Chiefs to overtime, and Monday Night Football was an ugly defensive battle.

Maybe now all the “football guys” can calm the fuck down. Some of these guys take it personal when a team scores 45 points. I bet Rex Ryan was jerking off while watching the Seahawks and Vikings last night, even though I didn’t notice any foot shots on the broadcast. Give me a break with this bullshit. I get so tired of being told what’s “real football” and what’s not by these assholes on TV. I’ll tell you what would make the game better and it ain’t bringing back the ’85 Bears defense…STOP THROWING SO MANY FUCKING FLAGS AND TAKING SO MANY COMMERCIAL BREAKS. There you go NFL, problem solved. We’re getting to the point that they are gonna run an additional commercial during the commercial break, come back to the ref’s throwing a flag, before cutting to another commercial. Just show us the damn game.

I’ve talked extensively in this column about why Mike McCarthy needed to be fired. Well, since that asshole has been sent packing, I’m on to my next victim and who it is might surprise you. Does any coach in the NFL skate by easier than Pittsburgh’s Mike Tomlin? He’s like the AFC version of McCarthy. He always has a stacked offense and always underachieves.

Maybe I just miss things, but why does no one ever call him out? The Steelers just lost to the fucking Raiders for crying out loud and not a word from the media! It’s not like Tomlin is great in the locker room either, as the Steelers have had TONS of problems over the last few years. The Le’Veon Bell situation has been a nightmare, Tomlin has sparred with Antonio Brown this season, and does anyone remember his handling of the Alejandro Villanueva anthem mess? Enough is enough. With Big Ben currently being held together with duct tape and popsicle sticks, it won’t be long until Tomlin is truly exposed. I know that he looks like an awesome coach when the cameras show him patrolling the sidelines, but I’m on your ass from here on out Tomlin, you aren’t fooling me!

A couple of months ago I got shouted down in a group text for saying Atlanta offensive coordinator Steve Sarkisian was horrible. I can see how a casual observer might have disagreed with me at the time. It was easy to look at Atlanta’s offensive stats and say that Sark isn’t the problem, but as someone who actually watches the Falcons on a regular basis, it has been fairly easy to see that this bastard may or may not still be dipping into the Vicodin. Nothing ever flows with the Falcons offense and things always seem to be just a little off. Sarkisian has been exposed as the season has wore on, as Atlanta has failed to top 20 points in five consecutive games. Let me say that again: THE ATLANTA FALCONS, WITH MATT RYAN, JULIO JONES, CALVIN RIDLEY, AND TEVIN COLEMAN HAVEN’T BEEN ABLE TO SCORE 21 POINTS IN FIVE STRAIGHT GAMES. You’re right guys, “Sark” is fuckin’ awesome!

I’m not a huge baseball guy, but we have some great baseball minds on staff here at The Combine. I’ve gotta talk to them about this Bryce Harper thing, because my mind is blown. I’m pretty sure I read something the other day that said Harper turned down a 10-YEAR $300 MILLION OFFER from the Washington Nationals! What the actual fuck?!? Doesn’t Harper stay on the disabled list like half the time? I know he’s a great player, but damn, turned down $300 million stone-cold. The disparity between NFL contracts and MLB contracts continues to fry my brain. Football players really are getting paid peanuts in comparison to baseball players (and basketball players, for that matter) and have much shorter careers. More proof that NFL owners have the sweetest gig in professional sports! If any of you have kids that want to play sports, don’t even let them touch a football!