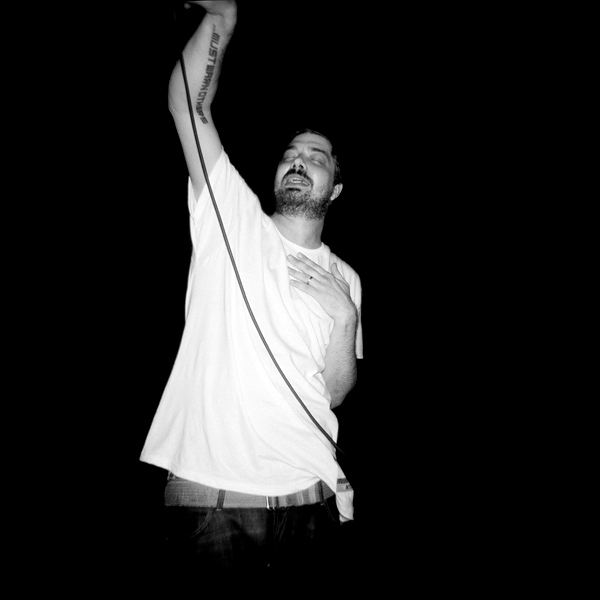 Malibu Ken is a collaboration of rapper Aesop Rock and producer TOBACCO.  Aesop Rock isn’t a name that many are familiar with.  Aesop Rock is a hip-hop MC with incredible use of wordplay along with his tremendous vocabulary and figurative language in his verses has garnered him a very strong and faithful fanbase.  TOBACCO is an electronic musician is mostly known from his work with the rock band Black Moth Super Rainbow.  With this collaboration, both musicians perfectly blend their strengths to create a very unique listening experience.

When the album first starts you know that “Malibu Ken” is not your standard fare when it comes to hip-hop.  From the first track “Corn Maze” TOBACCO’s use of layered analog synth beats with additional melody overcomes you then you are floored by waves of crazy lyricism.  Aesop Rock just effortlessly flows over the beat and gives the listener so much to dissect that you want to listen with the lyrics to not just keep up but also unpack everything he says.  In fact, every track is like that where you just feel like line after line not just flows to the next so easily but also packs so much into his rhymes them that you’re left wondering how he does it.

Besides the skill that Aesop Rock exudes on “Malibu Ken” it is also his soul as well with many of the tracks.  On tracks like “Tuesday” he digs deep into his life and how disgusted he feels with himself and how the world perceives him.  Other songs like “Dog Years” and “1+1=13” further divulge his mental state and how he grew up.  But not every song on “Malibu Ken” is so deep and introspective with the song “Churro” having very funny and slightly tragic undertones that with a little digging may upset some but also displays a wonderful storytelling skill that is impressive to listen to.

The production on “Malibu Ken” is very unique.  With more and more musicians using modern technology to make music, it is surprising to hear older instruments used in the making of hip-hop.  TOBACCO uses analog synthesizers to creates layered dream-like beats in some tracks and very diminutive simple beats on other tracks.  Both Aesop Rock and TOBACCO feel like they share a singular mind as the lyrics and instrumentals rarely compete with one another but instead just enhance each other to glorious effects.  The only gripe I have with the music production is that it fades for too long at the end of some songs and it feels like the album as whole loses momentum at times.

To fully encapsulate “Malibu Ken” for potential listeners it is great to not just show the musical heights that hip-hop can achieve but also show the skill these musicians can possess.  If you want just your standard rap album with the same subject matter as normal you will definitely want to avoid “Malibu Ken” as it stretches the normal boundaries of writing and musicianship in hip-hop.  If you want to see what the art form of hip-hop can be by two artists that wanted to craft something that is truly special, please give this a listen.